Published by SEO on June 20, 2016 in category: Fire Damage Repair

The Greensboro area is in a constant state of flux. In all reality the location has been inhabited by various peoples for thousands of years, and it continues to be an important hub of trade, transportation and manufacturing. 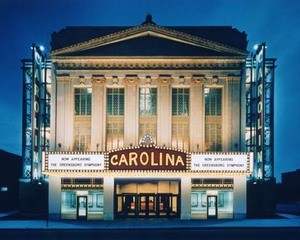 Little known though is Greensboro’s cultural significance, and most especially its vibrant theater community.

The gem in the rough of this lesser-known cultural mecca is the Carolina Theater.

The Carolina Theater opened on Halloween Night in 1927 and was an instant commercial success.

With 2,200 seats to fill, it helped that the building was one of the first in the entire state of North Carolina to be air conditioned, in order to bring in theater goers.

Since first opening in the roaring twenties, the theater was essentially the center of town and of cultural life for many decades until the 1960’s.

During the time of the civil rights era, the theater saw a dramatic decrease in patronage due in part to the segregation of the theater between its black and white patrons.

As performance art dwindled slightly in importance with the advent of the cinema age, so too did the patronage of the Carolina Theater. Noticing the impending age of cinema, the theater was renovated and began showing movies too.

The theater hit it’s high point in 1965 when a representative from 20th Century Fox awarded the owner with a certificate celebrating the fact that the Carolina had showed “The Sound of Music” to nearly 400,000 people which is more people even than live in the entire city of Greensboro. 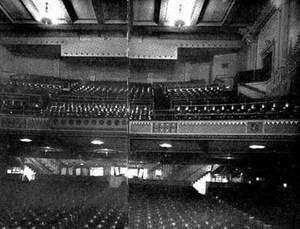 From the mid-60’s through the early 70’s the theater saw dramatic declines in attendance, and by this time the owner had slated the building for destruction.

Word of the theater’s demise spread and it wasn’t long before the United Arts Council of Greensboro attempted purchase of the theater from its owner for a bargain rate to benefit the area.

With the aid of the United Arts Council, Greensboro residents raised the necessary funds to purchase the building in the hopes of rekindling performances to entertain and inspire the undercurrent of the city’s theatrical culture.

In 1978, at a cost of more than $500,000, the United Arts Council purchased, restored and reopened the doors to the theater to the public as a performing arts center for all.

While well-intended, these changes didn’t dramatically affect patronage and the theater once again started to fall into disrepair.

Although it outlasted all the other original theater houses in the city of Greensboro, the Carolina closed its doors to the public on November 27th 1978.

And too add insult to injury, the loss of patronage and its closing wouldn’t even be the worst that happened to the Carolina.

The Fire of Change Rages Strong

In 1981, a woman who was squatting in the closed theater set a fire that killed her, and wrought fire damage on much of the rest of the building. 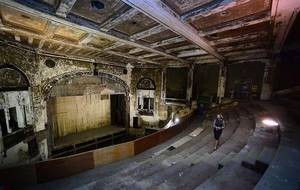 Luckily the theater was insured, and after the flare up it underwent massive renovations to eliminate all traces of the fire damage and remake the building into one of modern influence.

In 1988 the United Arts Council staged a massive fundraising effort that brought in more than $5,000,000 for renovations.

It also included an expansion that allowed for the creation of second floor offices, refurbished dressing rooms and state of the art lighting and sound systems as well.

These advances and restorations have combined to form a profound mixture of old architectural style with modern convenience and aesthetics.

Today the Carolina lives on as a fully functioning performing arts center, home to the Greensboro Ballet, Community Theater of Greensboro, The Greensboro Opera, and a variety of other local endeavors.

Have you ever seen a performance in the Carolina Theater?

One response to “Carolina Theatre fire of 1981”